“Do the right thing, even when it’s hard, and let the decision-makers be the ones to say no. Be brave enough to have the conversation.” This is the best career advice that Claire Fliesler has ever been given. Now a Transportation Planner for the City of Santa Cruz, Claire Fliesler graduated with a Bachelor of Science in City and Regional Planning from Cal Poly in 2010. After her time at Cal Poly, Claire immediately pursued her Master’s in Urban and Regional Planning with an emphasis in Transportation and Land Use at San Jose State, balancing this program with a part-time position at the Santa Cruz Metropolitan Transportation District doing public transportation work that included: transit planning, grant writing, legislative analysis, and land surveyance.

Claire accredits Cal Poly’s emphasis on a ‘learn-by-doing model’ that enabled her to immediately jump in and work alongside other seasoned planners to represent the $55 Million agency. Claire also gives a lot of credit to her professor and mentor Dr. Cornelius Nuworsoo, who was responsible for her attending her first transportation planning conference which led to her first internship at Fehr and Peers, things that solidified her passion for the field of transportation planning. After earning two planning degrees and with over ten years of active planning experience, Claire is passionate to the point of giddiness to work for the City of Santa Cruz, which is the city she grew up in. Claire moved into her current role as a transportation planner for the city after working with the Santa Cruz Metropolitan District for almost five years.

Claire has made significant contributions to the small coastal city in the realm of active and multimodal transportation. Her self-declared proudest accomplishment as a planner was the implementation of a bike-share program; a partnership between the city and JUMP Bikes. The program, which costs the city nothing to implement, was an incredible feat facing obstacles of neighborhood opposition and the fact the company had never signed on a city so small. Claire persevered standing firmly in her belief that “These are a public benefit, they can improve the public's experience in the public realm. This isn’t about the individual, this is about the entire community.” Signing on to a bike-share system levels the playing field of mobility for everyone in the community, something that is stated directly in the City’s general plan and climate action plan.

The implementation of e-transportation has been incredibly successful in Santa Cruz. In the city JUMP bikes are ridden an average of 5 times a day and have clocked over half a million miles ridden in the last 18 months - numbers that challenge cities with populations that dwarf the coastal college town. The success of this program and others led to the launch of a Transit Demand Management (TDM) program for downtown employees--a district that includes 4,000 employers and a known parking shortage. The TDM Program includes things like discounted JUMP bike memberships, free bus passes, and subsidized bike locker cards. With Claire Fliesler steering the way, the City of Santa Cruz is challenging its residents to rethink their commute. Claire’s next goal? Reduce Santa Cruz’s drive-alone rate from the existing 56% to below 50% an achievement that would bring them closer to America’s #1 bicycle commuter city - they are currently second behind Davis, CA.


So, Why be a planner? “Because every day is interesting.” Claire’s passion for her work comes through in every word she says, but never more than this: “You’re never doing the same things, every day there’s something different, projects to work on, areas to improve, and new and emerging tools. It’s exciting, fun, not monotonous, and always keeps you curious.” Claire is grateful for her time at Cal Poly, she cites that it was this program that oriented and engaged her in what it is to build good cities, and is especially grateful for the studios and practical experience she received, as well as the network and lifelong friendships she made along the way. A proud Mustang, Claire Fliesler would urge any member of the Cal Poly City and Regional Planning Department to consider Transportation Planning and to reach out to her anytime. 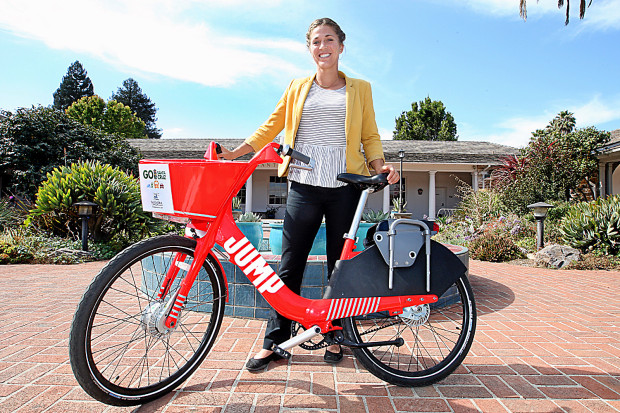