Dr. Nuworsoo, Professor of City and Regional Planning, presented ideas about “rail as a catalyst for change” in Ghana at the invitation of the Minister of Railways Development

(San Luis Obispo, California, December 2019) – California Polytechnic State University, San Luis Obispo Professor Cornelius Nuworsoo served as the keynote speaker at a Railway Dialogue in Ghana at the invitation of the Minister of Railways Development, Joe Ghartey. His keynote address was part of a new monthly dialogue program created by Minister Ghartey to ensure local stakeholders are actively participating in the development of the railway sector.

This interest in rail development comes from the recent $440 million investment into the 99-kilometer Tema-Mpakadan railway project in Ghana. Professor Nuworsoo’s subject, ‘The Rail Sector as a Catalyst for Growth: the Role of Station Area Development and Other Associated Infrastructure,’ centers around the concept that rail transport enhances productivity and efficiency, facilitates human activity, and promotes growth and development. Professor Nuworsoo conducted extensive research, synthesis, and comparative analysis of the networks of intercity rail and intercity express roads in the US, Europe, and Asia. He also documented success stories of station area development in those regions. From these findings, Professor Nuworsoo confirmed the case for a national railway network, the advantages of rail in nation-building, and lessons from successful station area developments to guide Ghana in its quest to deploy a national railway network as a catalyst for economic development.

Professor Nuworsoo believes that expansion in infrastructure growth is essential for Ghana’s future economic growth. In most developed nations, Professor Nuworsoo noted, there are complementary centerline mileage between rail and road infrastructure, a structure that is important because transporting freight and heavy or bulky goods by train can cut the transportation cost as much as three times.

“A developed rail station area can improve economic activities to generate revenue for the nation and investing in it could significantly reduce the negative environmental impacts both locally and beyond,” said Professor Nuworsoo on the potential significance of rail investment in Ghana.

Cal Poly’s City and Regional Planning Department is proud to represent and share the work and research of our staff. You can learn more about Professor Nuworsoo’s speech and work in the region here. 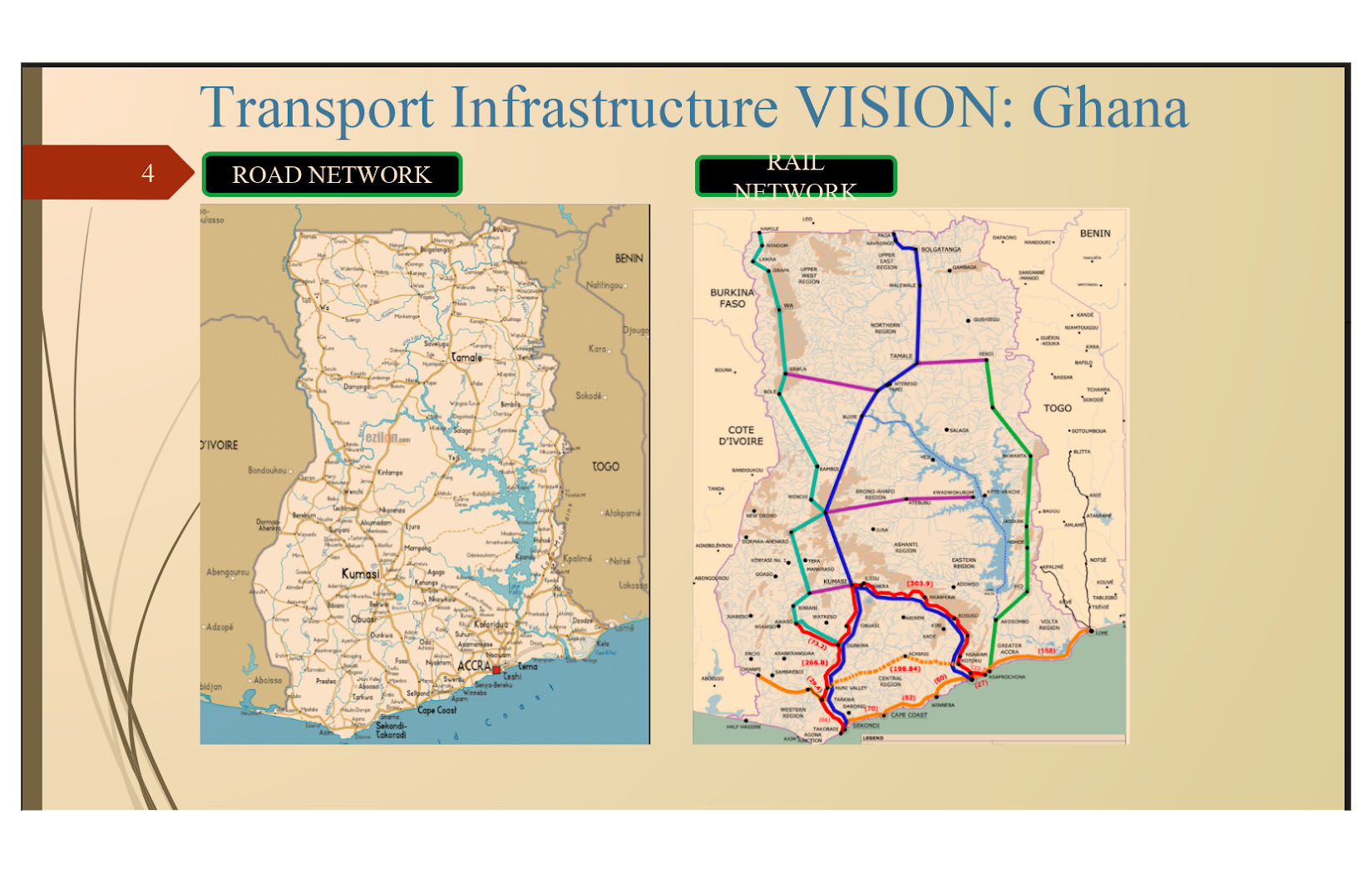