On September 5, 2017, the City Council unanimously adopted the new Downtown Concept Plan to replace the existing plan. The project is replete with members of the Cal Poly City & Regional Planning (CRP) family.

The original 1993 plan was prepared by five notable local architects and planners. One of these was former city council member and the first director of the Cal Poly CRP program, Professor Ken Schwartz. Ken was involved in the update as a member of the Creative Vision Team for the project.

Faculty members Dr. Michael R. Boswell and Dr. Billy Riggs also worked with the City and a group of CRP students to assist on public engagement with their restreet.com tool.

We are very proud of all the Cal Poly alumni, faculty, and students who worked to make the City of San Luis Obsipo and even more wonderful and well-planned city.

Cal Poly’s City & Regional Planning Department, in partnership with the Governor’s Office of Planning and Research (OPR), hosted the third California Climate Action Planning Conference on Thursday and Friday, Aug. 24-25, 2017. Over 240 climate and energy professionals from around the state attended the conference including Cal Poly students and faculty. The conference featured leaders in the field and an in-depth focus on greenhouse gas emissions reduction and climate adaptation at the local and regional level.

Ken Alex, Director of the Governor's Office of Planning and Research, who opened the conference via video, said that California is “really at the cutting edge of what is going on in climate change response, in the world…We are one of the originators of the Under 2 Coalition which is now almost 200 jurisdictions around the world fighting climate change.”

In addition to Mr. Alex, City of San Luis Obispo Mayor Heidi Harmon and the Chief of Energy and Sustainability at the California State University Chancellor's Office, Aaron Klemm, also provided opening remarks for the conference.

Dr. Michael R. Boswell and Dr. Adrienne Greve are the conference organizers and continue to position Cal Poly as a leader in educating future climate professionals. In addition, they have assisted numerous local and state agencies in the preparation of climate actions plans and other technical plans for addressing the climate crisis. Often these projects involve students who are able to gain hands-on training in the field. Several graduates of the program presented at the conference and are now demonstrating their leadership.

“California continues to be an innovator in addressing the climate crisis,” said Michael R. Boswell, professor of city and regional planning and the conference director. “We are bringing the leaders in the field to Cal Poly to share best practices and inspire each other to create low-carbon, resilient communities.”

The California Planning Foundation (CPF) awards scholarships to outstanding planning students in the State of California. This year they awarded over $58,000 to thirty-one scholarship recipients. Three of those awardees are Cal Poly CRP students: John L. Holder (MCRP), Alyssa Way (MCRP), and Torina Wilson (BSCRP). John received the Outstanding Student Award, which is the highest honor bestowed by CPF. Alyssa received the Paul Wack Cal Poly SLO Scholarship funded by our very own favorite zoner and emeritus faculty member. Torina received the Central Coast Section Award. We are very proud of them!

Here are a few comments for the awardees:

It is support like this from planning faculty, the CPF board and practitioners that will help us get through our planning education and allow us to facilitate sustainable growth in communities throughout the state and beyond.

This scholarship has given me confidence in making a positive impact on communities and the natural environments within California.

I am a first-generation college student without financial support from family, and I cannot express how much scholarships like yours help me in my academic and personal affairs. I would like, from the bottom of my heart, to thank all the CPF board members for all the financial help they send to students through these scholarships.

From Plan Making to Implementation: Weed Gets Needed Housing

The town of Weed, CA lost many of its affordable homes in the 2014 Boles wildland urban interface (WUI) fire. Faced with economic and recovery challenges, this town of 3,000 people in Siskiyou County needed help. It needed a plan and a vision to recover. In 2017, new housing was designed and prototypes were built by students in the College of Architecture and Environmental Design. Townspeople now look forward to workforce homes they can afford.  How did all of this come about?

In 2015, the City and Regional Planning Department’s graduate community planning studio partnered with the town of Weed to prepare a General Plan (GP) update. Eleven students from the master of city and regional planning class, under the guidance of Professor Cornelius Norwursoo, prepared the plan. This update helped Weed apply for state and federal funds, but most importantly it established a vision for the future, and a path to recovery and reconstruction. A set of focused project plans (e.g. trails, main street design, local hazard mitigation) were also prepared in 2016 as part of an advanced studio taught by Professor William Siembieda. Along with the GP a separate Resiliency Plan (RP) was prepared with the support of Great Northern Services (GNS), a local NGO, and Thomas Brandeberry from the Rural Community Development Corporation of California. The RP was a first for a small California town.

Housing for townspeople is an important need for Weed. So how then does Weed get new housing for working class people? The answer was to continue to use expertise in the College of Architecture and Environmental Design for the design and building of housing.  Using the work completed by the planning studio and the local network it established, a CAED integrated project delivery (IPD) studio was organized in 2017. The students designed a seven lot subdivision and built prototype housing at Cal Poly, which can be replicated at the subdivision. GNS is the project client.  An added component of this effort is that the local College of the Siskiyous in Weed could use its construction students to build the houses locally. The IPD studio is run by Professors Greg Starzk from Construction Management, Maggie Kirk from Architecture, and Dennis Bashaw from Architectural Engineering. Some 40 students get hands on experience through participation in this course.  This CAED-Weed partnership is a model of applying learning in the classroom to the practice of improving the lives of people.

This research identified common goals, actions, and design strategies of university campus master plans in the USA, by analyzing 50 randomly selected master plans. Four design strategies were distilled, based on the top goals and actions: transition from (1) a deficient campus to a complete campus, (2) an isolated campus to a contextual campus, (3) a fragmented campus to a cohesive campus, and (4) a brown campus to an ecological campus. In addition, seven campus form dimensions were distilled: (1) land use organization (arrangement of space and facilities), (2) compactness, (3) connectivity, (4) spatial configuration, (6) campus living, (7) greenness, and (8) context. These seven dimensions can provide a theoretical framework for analyzing campus form and guide future empirical research in this area.

Dr. Kelly Main received the 2016 Ally of the Year Award for last year from the Pride Center. This is a student nominated award given at the Lavender Commencement held each year.
Kudos to Kelly for her tireless work to ensure all students feel welcomed and valued at Cal Poly and in CRP.
The award reads:
"In recognition of an amazing staff or faculty member who has shown exceptional support and advocacy for queer students and communities at Cal Poly."
Continue reading Dr. Kelly Main Wins Award...

William Siembieda is Recognized for Disaster Science in Chile

This past April 12th, the Chilean Research Center for Integrated Disaster Risk Research (CIGIDEN) recognized William Simbieda’s contribution to the advancement of Disaster Science in Chile. CIGIDEN is Chile's leading center of excellence related to multidisciplinary disaster research. This award reflects William’s service as an International Advisor to CIGIDEN as well as his mentorship of Investigators working in the area of urban management, planning and public policy.

Part of the work in Chile, focused on coastal city recovery planning, was completed as a Fulbright Specialist. A couple of his other contributions include working on disaster recovery, and helping a local university create an urban planning program within the architecture college. This work with CIGIDEN is an extension of his overall research focus making the built environment safer, which was the basis for the 2016 Cal Poly Distinguished Scholar Award. 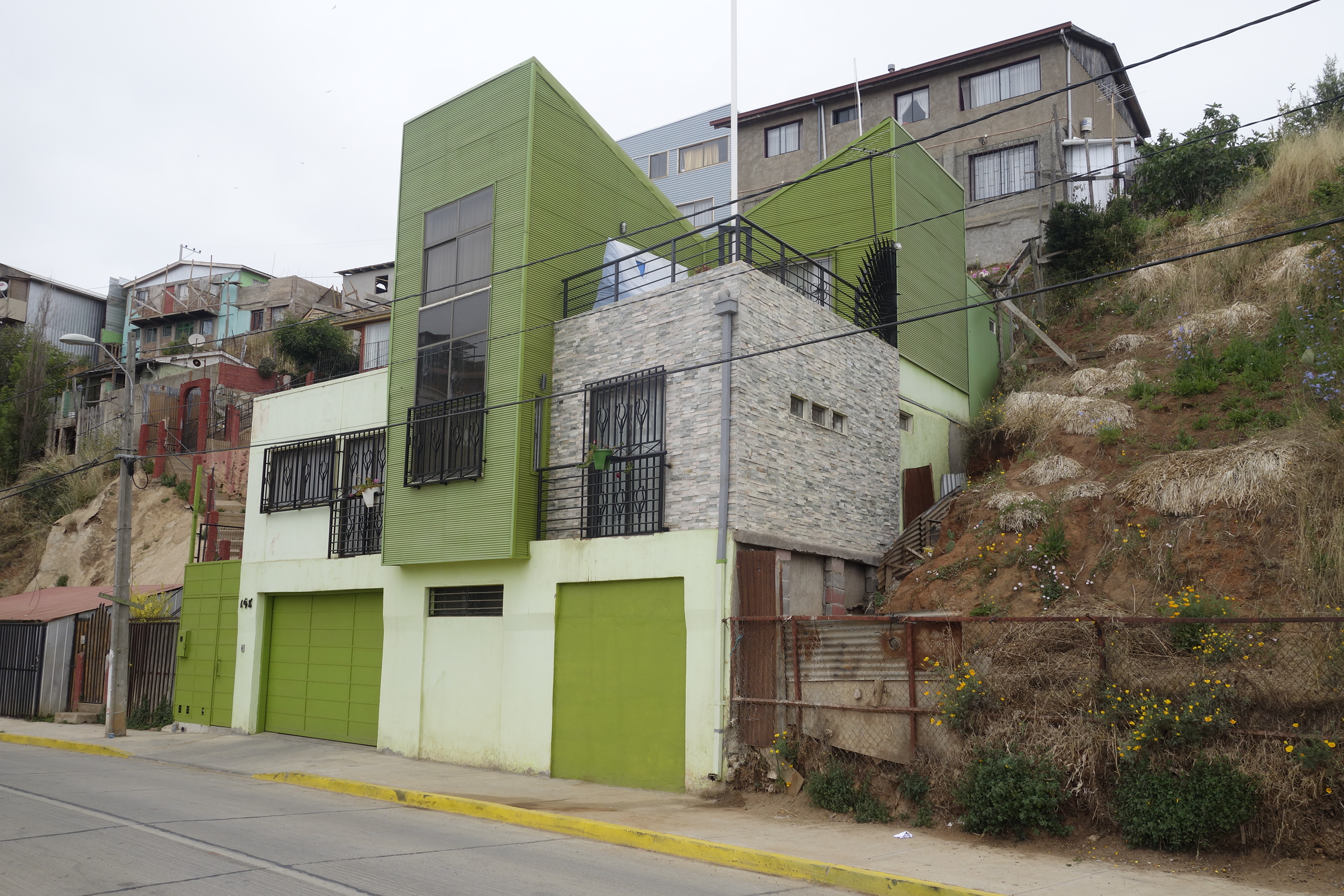 The City and Regional Planning (CRP) Department’s graduate studio received the State Academic Award of Excellence on Sept. 24 at the APA’s state conference in Sacramento. The Wellness District Urban Design Concept Plan was also chosen in April for the Best Student Project Award from the APA’s Central Coast Section.

The city of Ventura’s Planning Department hired Cal Poly’s spring 2016 graduate project planning studio to explore the potential for a special district anchored by the expansion of two important hospital campuses located in proximity to each other: the Community Memorial Hospital and the Ventura County Medical Center. The Wellness District concept plan recognizes the critical link between the built environment and public health, and aims to change land uses, transportation options and physical design in order to reverse downward trends in people’s overall wellness and life span.

The graduate studio’s work included a report, several posters, visual presentations and a presentation to the community depicting the plan development process and final proposal. Based on in-depth field studies and surveys, the project included a higher-density mixed-use core to act as a catalyst for neighborhood development, redesigned sidewalks and intersections, a new roundabout, more ground-level uses, and other improvements to enhance walkability and a sense of community, all consistent with Ventura’s General Plan and the city’s economic strategy. The studio instructors were Professor Vicente del Rio and Assistant Professor Amir Hajrasouliha.

“I’m very proud of our faculty members and students and delighted they are recognized by the planning professionals of California for the quality of their work,” said CRP Professor and Department Head Michael Boswell. “Their creativity and expertise is evident in this plan to enhance the wellness of the people of Ventura.”

Read the full report at http://digitalcommons.calpoly.edu/crp_wpp/40/. 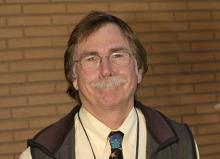 The American Planning Association has awarded Professor Emeritus Paul Wack, AICP (CRP) the inaugural 2017 Central Coast Section Impact Award for his dedication and commitment to the planning profession as a professor, colleague, professional, mentor, volunteer, contributor, and friend.  In the future, this new award will be known as the “Paul Wack Impact Award” and will be given to recipients, as warranted, that have demonstrated an extraordinary impact to the Central Coast APACA Section.

This Fall and Winter quarter, 14 masters students in the City and Regional Planning program will be working with the City of Lemon Grove to update the City's General Plan and work with community members in Lemon Grove to envision and create a healthier, safer, and thriving community. The students, under the direction of Professor Kelly Main, come from diverse backgrounds and educational disciplines, and are excited to develop a General Plan document that will help shape the future of Lemon Grove.